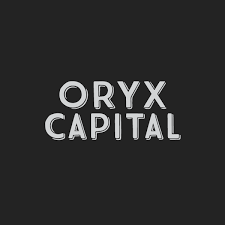 I am the CEO and a Director of Oryx Capital International, Ltd (“Oryx”), the majority shareholder of the parent company of Specialty Packaging Holdings, Inc. (“SPH”). During late 2008 and throughout 2009, SPH developed severe cash flow deficiencies due to ill-timed expansion and the effects of the recession. As a result, SPH was not in compliance with the financial covenants of its credit agreement with Bank of America (” BoA”). At the suggestion of BoA, MorrisAnderson (“MA”) was engaged to provide financial turnaround assistance to SPH. MorrisAnderson (MA) quickly assessed the financial condition of SPH and implemented plans to cut costs and sell assets to keep the main SPH plant in Lewisburg, TN a viable operation. MA guided the SPH Board of Directors through the process with timely and effective communications. Eventually it was determined that the only way to keep the Lewisburg plant and its 300 jobs in operation entailed SPH filing for Chapter 11 bankruptcy to enable the SPH assets to be sold to a competitor. Again, MA handled all coordination of necessary filings, kept the Board informed of the progress made, and solicited the Board’s approval when necessary. As a result, the Lewisburg plant and its employees live on as a viable operation with a new owner that is willing to grow the business, BoA received its principal, and the unsecured creditors have the possibility of receiving partial payments on their claims. Although Oryx will not see a return of its capital in SPH as a result of the bankruptcy and sale, MA took a situation that could have been very messy and costly to Oryx and turned it into a thoughtful, measured process that did not involve any additional out of pocket costs to Oryx. I would highly recommend MA to any company that finds itself in similar financial distress.